The other crime we’d like to highlight as an indictment of South St Petersburg, is the murder of a Bangladeshi immigrant shop keeper just a couple of blocks south east of where the cat Amy was killed, and just four months later, in the Grand Central District. The shop keeper, Mohammad Uddin, had come to the United States after winning the “Green Card Lottery” (Diversity Visa Program). The two scum bags who allegedly killed him were born here, but were apparently unable to take advantage of all the opportunity that America offers.

One was Spencer Peeples, the other Khadafy Mullens. 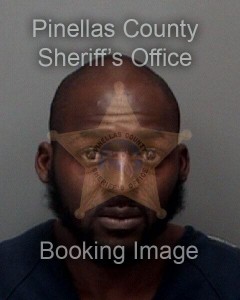 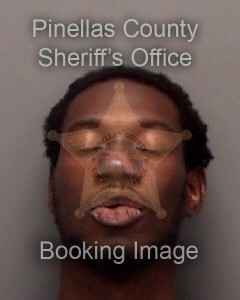 This pair of mugshots has to be two of the most incongruous ever seen. One looks scared for his life, the other like he is relaxing after a big draw on a joint.

The article from the St Petersburg Times (as it was known at the time) reporting the robbery and murder.

A homeless man who was in the store at the time was also murdered at this celebration of the best that South St Petersburg has to offer. His name was Ronald Hayworth.

Fortunately for the sake of justice, this crime was high profile enough for St Pete’s finest to respond rapidly and round up the alleged perpetrators.

Mohammad Uddin “worked every day at the convenience store he bought in 1999, as well as a gas station on 13th Avenue and 34th Street N that he bought with partners two months ago, said Hossain. His main goal in life was to make enough money to provide his 6-year-old daughter and 2-year old son with a quality education”, according to the St Pete Times. Amazingly, “Uddin planned to return to Bangladesh after his children finished college” the article said.

Shows you how attractive the area is. Even a third world country like Bangladesh looks good in comparison.

The store was bought, taken over and renovated by another immigrant. He looked to be Egyptian to us. Of course no one else from the community that the store served was going to abandon the typical South St Pete revenue stream of section 8 housing, welfare and disability payments, and food stamps to actually take a risk and start a business for a living.

In 2009, the then-President of the Grand Central District Neighborhood Association told us that whenever Muhammad’s widow see’s a person of South St Petersburg profile, she breaks down in tears, and has to cross the street if that person is walking towards her.

Even now, nearly five years later, justice drags its feet for Mohammad Uddin. The suspects are still breathing Florida air. We hope Pinellas County Jail has no air conditioning at least. Here is another article about the crime, featuring video showing the killings. Here is the video. Watch it with shame, South St Pete, these are the monsters you have wrought.

How come people can come to the US from some 3rd world country and work hard to get ahead, but these two fools, who are born here, can’t take advantage of the same opportunity? This story is repeated over and over again in America, and St Petersburg is that in microcosm. Greed, stupidity and criminality. Build a wall around you know where to keep them to robbing each other